Mt. Pleasant performance is the first in a series of summer concerts from July 28 to August 5 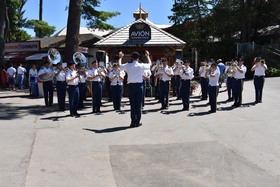 The band will appear at the New York State Medal of Honor Ceremony being held in the town on July 28.