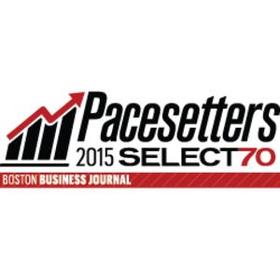 BOSTON, MA (03/27/2015)(readMedia)-- 451 Marketing today announced that it has been named a Boston Business Journal Pacesetter, an annual list of the fastest-growing private companies in Massachusetts. This is the fifth consecutive year that the agency has earned the recognition.

"Each year, the companies honored as Pacesetters are the ones driving innovation in their respective enterprises and beyond," said AJ Gerritson, Founding Partner at 451 Marketing. "To be recognized among these influencers time and time again is both an honor and an inspiration."

2014 was a tremendous year of growth for 451 Marketing. Most recently, 451 Marketing was named one of the Boston Business Journal's Top 10 Largest PR Firms in Massachusetts. The agency was also honored with more than 30 other awards for public relations and digital marketing last year, including finalist for SABRE Boutique Agency of the Year.

The 2015 Pacesetters will be honored at an awards breakfast on Thursday, April 16th at The Westin Copley Place. The ranked list of winners will appear in the April 26th print issue of the BBJ and the complete list of honorees can be seen on the BBJ's website.