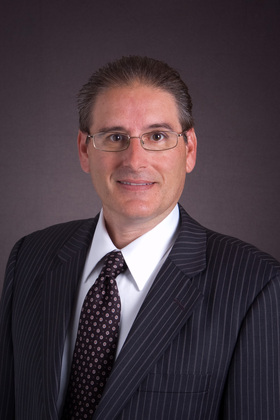 ST. AUGUSTINE, FL (06/09/2014)(readMedia)-- David Carson has been selected to serve as Flagler College's vice president of business services. He will assume his position on July 7. As the College's chief financial officer, he will serve as a member of the President's Cabinet and will be involved in shaping the overall direction of the College and carrying out its daily operations.

"We are very fortunate to have someone as talented and experienced as David Carson leading and directing our Office of Business Services," said Flagler President William T. Abare, Jr. "He is exceptionally knowledgeable in all aspects of his job and is an extremely skilled college administrator. He is highly professional and is well informed about issues pertaining to institutions of higher education."

Prior to his appointment at Flagler, Carson served as vice president for finance, business, and chief financial officer at Armstrong Atlantic State University in Savannah, Georgia, from 2008 to 2014.

Carson also served as vice president for finance, business, and chief financial officer at Washington & Jefferson College in Washington, Pennsylvania, from June 2005 to July 2008; as associate vice president for finance & assistant at Rollins College in Winter Park, Florida; as an accountant for the Indiana University System in Bloomington, Indiana, from January 1987 to July 2000 and was chief accountant from July 1997 to June 2000.

Carson earned a B.S. degree in accounting and economics from the University of Indianapolis in 1985 and his master's in professional accountancy from Indiana University in 2002.

Carson replaces Col. Kenneth Russom who joined the Flagler staff in 1991, after serving in the United States Marine Corps for 27 years, including a tour in Vietnam.

Russom has served at Flagler as Registrar, Assistant Dean of Academic Affairs and in 1994, began his transition to the Business Office where he assumed the duties and responsibilities as the chief financial officer. He has held the role of Vice President of Business Services since 2002.