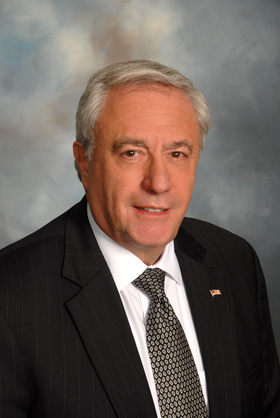 Cherry Hill's Marvin Samson will receive the first USciences Service Award, an event that has raised nearly $350,000 this year for student scholarships.

PHILADELPHIA, PA (10/29/2013)(readMedia)-- University of the Sciences will present the first USciences Service Award to Marvin Samson at a dinner on Friday, Nov. 1, 2013, at 7 p.m. The event has raised nearly $350,000 this year for student scholarships. Samson, USciences board chairman, was selected as the first recipient for his countless contributions to the University.

A newly created honor, the USciences Service Award is an annual award intended to recognize an individual or organization who has demonstrated outstanding service to the University, the broad community, and the disciplines, professions, and emergent entrepreneurial outcomes of healthcare and science.

Over the years Samson has played a vital role in USciences' growth from a college to a thriving university. His financial gifts have led to the establishment of the Marvin Samson Center for the History of Pharmacy Museum, the Misher Visiting Professorship in the Humanities, and the McNeil Science and Technology Center, and the University's Samson College of Health Sciences bears his name.

"I am truly honored by this tribute and even more touched by the immense generosity of our donors and sponsors who have provided meaningful scholarship support for USciences students," Samson said.

Samson joined the USciences board of trustees in 1991 and over the years has performed many board duties including his most recent role as chairman. In 2011-12, he undertook the role of interim president while the University conducted a search that ultimately led to the appointment of Dr. Helen Giles-Gee.

Proceeds from the USciences Service Award dinner are being used to establish the Marvin Samson Endowed Scholarship. The monies will be given each year to USciences' best and brightest students in any program and in any year of study who demonstrate financial need. Recipients of the scholarship will be known as "Samson Scholars," and the first four recipients will be announced at the dinner.

"We are proud to call Marvin Samson one of our own," said Dr. Kathleen Mayes, board vice chair and co-chair of the event along with board member Dr. Donald J.M. Phillips. "The University has many special alumni and friends who contribute to making University of the Sciences a leader in healthcare and science education, but it only has one Marvin Samson who has risen to the top many times over the years in terms of his dedication, commitment, and service."

At University of the Sciences, students embark on a challenging learning experience in a proving ground for successful professionals in the science and healthcare-related fields. A private institution dedicated to education, research, and service, and distinguished as the nation's first college of pharmacy, the University has produced leaders in the science and healthcare marketplaces since its founding in 1821. Students in USciences' five colleges learn to excel in scientific analysis and to apply their skills to improving healthcare in the lives of people worldwide through such disciplines as pharmacy, biology, physical therapy, healthcare business, and health policy. For more information, visit usciences.edu.

University of the Sciences