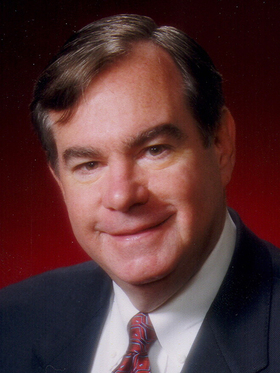 Hampl, Regents Professor and McKnight Distinguished Professor at the University of Minnesota and a celebrated memoirist and essayist, is one of four people receiving honorary degrees at Commencement. Also being honored are Eugene M. McQuade, chief executive officer of Citibank and a 1971 graduate of St. Bonaventure; Daria L. Foster, managing partner of the investment management firm Lord Abbett & Co.; and Cynthia Ann Zane, president of Hilbert College.

Hampl, in addition to teaching in the University of Minnesota's Master of Fine Arts program, is a member of the permanent faculty of the prestigious Prague Summer Program in the Czech Republic.

As a writer, Hampl first won recognition for "A Romantic Education," a memoir about her Czech heritage, which won a Houghton Mifflin Literary Fellowship. This and subsequent works established her as an influential figure in the rise of autobiographical writing in the past 25 years.

"Patricia has a unique ability to talk about the beauty in our lives, and to tell stories about people that allow you to feel a real connection to them," said Sr. Margaret.

Four of Hampl's books have made the New York Times' "Notable Books" list, including "Virgin Time," a book about her Catholic upbringing and an inquiry into contemplative life, and "Blue Arabesque: A Search for the Sublime," part of which was chosen for the anthology "The Best American Spiritual Writing 2005." Her most recent book, "The Florist's Daughter," won numerous "best" and "year-end" awards.

She is the author of two collections of poetry including "Resort and Other Poems," which was selected by Carnegie Mellon Press for its "Contemporary Classics" series in 2001. Her fiction, poems, reviews, essays and travel pieces have appeared in the New Yorker, Paris Review, The New York Times, Los Angeles Times, Best American Short Stories and Best American Essays.

Hampl has received fellowships from the Guggenheim Foundation, Bush Foundation, National Endowment for the Arts (twice, in poetry and prose), Ingram Merrill Foundation, and Djerassi Foundation. She was awarded a MacArthur Fellowship in 1990.

McQuade, a veteran banker who has held executive positions at Merrill Lynch, Bank of America Corporation and FleetBoston, was named CEO of Citibank in 2009. He has responsibility for corporate governance and franchise management of Citibank in 101 countries around the globe.

He is a former member of St. Bonaventure's Board of Trustees and the President's Council. He and his wife, Peggy, have committed $2 million to establish the McQuade Center for Accounting Excellence endowment at St. Bonaventure, part of the School of Business Campaign to build and support the university's William E. and Ann L. Swan Business Center, which opens in the fall.

Foster has more than 30 years of financial services industry experience, more than half of which has been with Lord Abbett. Named a partner in 1996, she was instrumental in developing numerous new investment products. She was elected director and president of Lord Abbett Mutual Funds in 2006 and was named managing partner in 2007.

Zane had an extensive background in higher education prior to being named president of Hilbert College in 2006. She was chief academic officer and dean of faculty at the College of Mount Saint Joseph in Cincinnati from 2001 to 2006. Before that, she spent 10 years at the University of Detroit Mercy, including seven years as dean of the College of Health Professions and the McAuley School of Nursing.

St. Bonaventure's Commencement Exercises will take place at 10:30 a.m. on Sunday, May 12, in the Reilly Center Arena on campus.