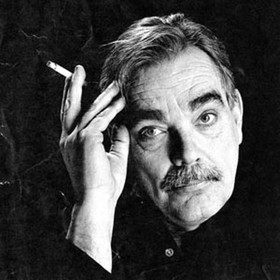 ELIZABETHTOWN, PA (04/02/2014)(readMedia)-- "Picking grapes alone in the late autumn sun-A short, curved knife in my hand, Its blade silver from so many sharpenings, It's handle black ... The grapes drop into the pan, And the gnats swarm over them, as always..."

Poet Larry Levis has been deeply influential to American writing over the past 30 years, and filmmakers Michele Poulos and Gregory Donavan bring his story to Elizabethtown College as they screen a part of "My Story in a Late Style of Fire," their documentary about the poet. Poulos and Donavan share a glimpse of the life of the late writer at 8 p.m. Tuesday, April 29, at the College's Brinser Lecture Room.

In his youth Levis drove a tractor, pruned vines and picked grapes for his father in Selma, Calif. Later, he remembered the vines as he wrote "Picking Grapes in an Abandoned Vineyard." He earned a bachelor's degree from (then) Fresno State College, a master's degree from Syracuse University and a doctorate from the University of Iowa. His first book of poems, "Wrecking Crew," written in 1972, earned him the United States Award from the International Poetry Forum. This began a lifelong collection of awards and acknowledgments.

Filmmaker Poulos' book "A Disturbance in the Air" won the 2012 Slapering Hol Press Chapbook Competition. Her poems and fiction have been published or are forthcoming in "Best New Poets 2012" and the "The Southern Review," among other journals, and her essays and book reviews have been published in "Blackbird" and "Stone Canoe."

Donovan's newest poetry collection, "Torn from the Sun," is forthcoming from Red Hen Press in 2015, and his previous collection, "Calling His Children Home," won the Devins Award from the University of Missouri Press. He is director of creative writing at Virginia Commonwealth University, where he helped to establish its master's in creative writing program, which, this year, celebrates its 30th anniversary.

The documentary screening is free. Contact: Jesse Waters at writershouse@etown.edu or 717-689-3945

Bowers Writers House at Elizabethtown College, 840 College Hill Lane, was created with a generous gift by Kenneth L. '59 and Rosalie E. '58 Bowers to support a culture of creative curiosity and foster a new sense of excitement and enthusiasm for intellectual diversity. The Bowers Writers House is an interdisciplinary venue for presentation, performance, expression and study. The programs-from dramatic readings to interactive panels to musical performances-offer a dynamic variety of enjoyable and informative experiences.