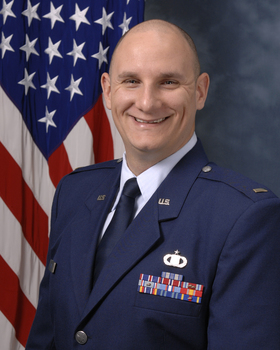 The nine-month ABM course trains Air Force, Air Force Reserve and Air National Guard officers in the command and control of aircraft and weapon systems. In addition to earning top graduate honors, Lt. Cole also was recognized as a Distinguished Graduate and received the prestigious Yukla 27 Award. Presented to the student in each class who embodies the concept of service before self, the Yukla 27 recipient is chosen by the students and course instructors. The award takes its name from the call sign of an AWACS plane that crashed at Elmendorf AFB, Alaska in 1995.

"On behalf of our entire unit, I want to congratulate Lt. Cole on his outstanding performance," said Col. John P. Bartholf, EADS Commander. "Earning distinguished graduate honors at an ABM class is a noteworthy accomplishment in and of itself. Graduating first and receiving the Yukla 27 award is truly remarkable."