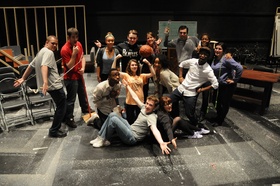 The production, which features music and lyrics by William Paine and a Tony-Award winning book by Rachel Sheinkin, is a hilarious tale of six quirky, yet charming adolescent outsiders hoping for a chance to win the Putnam County spelling bee, which is the one place where they can stand out and fit in at the same time.

The show opens Tuesday, April 17 at 6 p.m. and continues through Sunday, April 22 at 2 p.m. Tickets are $10 for students and $20 for general admission. All performances will take place in the McCormack Theatre, which is on the second floor of McCormack Hall on the UMass Boston campus. Patrons can buy tickets at the door or make a reservation by emailing theatreboxoffice@umb.edu.