Local artist to be featured at Campbellsville University 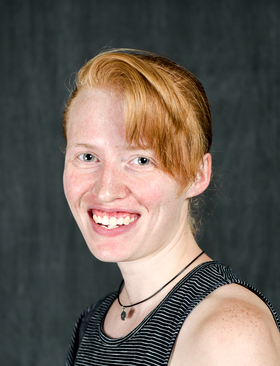 CAMPBELLSVILLE, KY (08/19/2019) (readMedia)-- Campbellsville University will feature a local artist, Taren Morse, Aug. 21 to Sept. 6 in The Pence-Chowning Art Gallery, 205 University Drive, Campbellsville. There will also be a reception Aug. 26 from 3:30 p.m. until 5 p.m. Everyone is invited to attend both events.

According to Morse's website, she is an "illustrator, sculpture and concept artist."

Morse said, "I work with fantasy and sci-fi subject matter with specialization in character and creature design." Recently, she has been working with sculptures, mainly "maquettes and busts of creatures."

Morse received her Bachelor of Arts in Fine Arts at Sterling College in 2011 and went on to get her Master of Fine Arts in Illustration with an emphasis in Concept Art from the Academy of Art University in San Francisco in 2015.

Morse studied under a variety of professionals in her industry, some who worked for Disney, Marvel and Industrial Light and Magic. She has worked on honing her art skill in different media for several years and believes that leading by example is important.

From 2015 to 2018, Morse was an art professor at Williams Baptist University in Arkansas.

Morse is the daughter of William and Dana Morse. William Morse is an associate professor of art at Campbellsville University.

Hours for the gallery shows have not been finalized yet for the upcoming semester at Campbellsville University.

You can see more of Morse's work on her website tarenmorse.com.

Campbellsville University is a widely-acclaimed Kentucky-based Christian university with more than 12,000 students offering over 100 programs of study including Ph.D., master, baccalaureate, associate, pre-professional and certification programs. The university has Kentucky based off-campus centers in Louisville, Harrodsburg, Somerset, Hodgenville and Liberty with instructional sites in Elizabethtown, Owensboro and Summersville. Out-of-state centers include two in California at Los Angeles and Lathrop, located in the San Francisco Bay region. The website for complete information is www.campbellsville.edu.

Campbellsville University is accredited by the Southern Association of Colleges and Schools Commission on Colleges to award certificates, associate, baccalaureate, masters and doctoral degrees. Contact the Commission on Colleges at 1866 Southern Lane, Decatur, Georgia 30033-4097 or call 404-679-4500 for questions about the status of Campbellsville University.