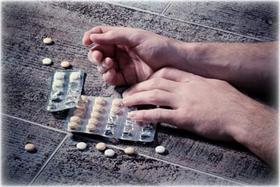 ALBANY, NY (02/13/2013)(readMedia)-- The prescription drug epidemic sweeping New York is a complex problem that should be addressed with a multi-faceted approach involving drug treatment, consumer education and better detection methods by medical providers and insurance companies, says the New York Alliance Against Insurance Fraud (NYAAIF). Friends, families and co-workers of prescription addicts also have an important role to play in curbing the epidemic, NYAAIF says.

A seven-fold increase in the rate of New York City drug overdoses was observed over 16 years, recent research conducted by Columbia University shows. Prescription abuse is the fastest-growing drug problem in the U.S. In 2010, 1 in 20 people in the United States over the age of 11 reported using prescription painkillers for non-medical reasons in the past year. Enough opioid painkillers were prescribed in 2010 to medicate every American adult with 5mg of hydrocodone every four hours for a month.

Healthy patients may become addicted to painkillers by careless doctors who overprescribe, or by taking their friend's pills without a prescription, thinking that medicine can never harm them. Corrupt doctors write prescriptions for addicted patients, fraudulently billing insurance companies for the unneeded medicine and the doctor visits. The demand for painkillers has boosted the drugs' street price, attracting organized criminals and growing the black market for such drugs.

"This epidemic affects everybody: all New Yorkers pay for fraud through higher insurance premiums, while addicts and their families pay with devastated lives," says Jack Houston, NYAAIF chairman.

"Innovative solutions are needed to get a handle on prescription fraud," says Houston. "Prescription abuse ruins lives. Like all forms of fraud, it's no gain, just pain."

New York has been taking steps toward prevention and detection, including the creation of a statewide database to track patterns of prescription abuse and to detect "doctor-shopping." In January, New York City Mayor Michael Bloomberg issued a city policy sharply restricting addictive painkillers dispensed in emergency rooms of city hospitals.

"Though progress has been made, much more needs to be done to turn the corner on this destructive problem," says Houston. "Prescription monitoring systems need to be improved, more education of over-prescribing physicians need to be offered, and insurers need to be ever-vigilant of patients who consume addictive prescriptions."

"Education efforts need to be stepped up in the home, in schools and in workplaces," says Houston, who encouraged New Yorkers to learn the signs of addiction and the steps for prevention. "Prescription fraud steals from your wallets, and takes away lives."

The New York Alliance Against Insurance Fraud is a non-profit organization that seeks to increase public awareness about insurance fraud and its consequences. Membership includes more than 100 insurance companies writing policies in New York State.