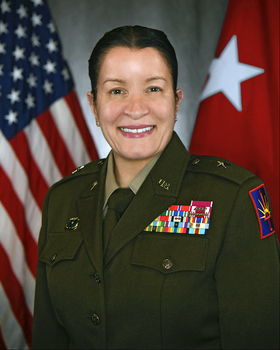 Smith serves as the director of joint staff for the 16,000 member New York National Guard. She is responsible for overseeing emergency response missions as the state and local level.

Smith, who is a veteran of the Iraq War, took part in the New York National Guard's response to the attacks of September 11 in New York City.

The other keynote speaker will be Gerald Morigerato, a member of New York Response Team 1, a FEMA recognized emergency search and rescue team.

A number of other local groups will be represented during the event.

Two New York Army National Guard UH-60 Black Hawk helicopters based at the Army Aviation Support Facility in Latham will conduct a flyover salute as part of the event.