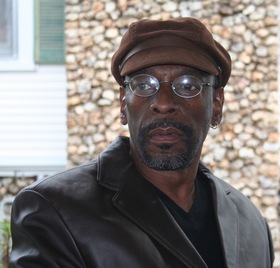 Earl S. Braggs, the Herman H. Battle Professor of African-American Studies at the University of Tennessee at Chattanooga and author of six collections of poetry discusses contemporary poetics and his personal perspectives on poetry reading and writing at a workshop and craft talk at 4 p.m. Thursday, March 22, and presents and reads from his own poetry at 8 p.m.

Braggs' latest book, "Younger Than Neil," has been called "Whitmanesque."

At 5 p.m. Saturday, March 24, Bowers Writers House hosts its first alumni- student reading with Pam Chillemi-Yeager, Elizabethtown College class of 1977 graduate, and current E-town student Cayla Kluver, who presently is on leave from her studies as she tours the country to promote her Legacy trilogy.

Chillemi-Yeager's debut novel "Deadly Tattoo: The First Day of Christmas" was released in 2008, and her second novel, "Dark Revenge: The Second Day of Christmas," which continues the story of retired homicide detective Mick Christmas, was nominated for a Bram Stoker award. Chillemi-Yeager resides in South Carolina with her family.

Kluver, a Wisconsin native, self-published her first novel when she was 15. Since then she has written a young adult trilogy, which is published by Harlequin Teen and is sold in more than 16 countries. Kluver plans to return to Elizabethtown College at the conclusion of her tour.

At 4 p.m. Thursday, March 29, authors and friends, Derek Nikitas and S. Craig Renfroe, present a joint workshop/craft talk about their experiences in the publishing world and their personal strategies for creation and revision. At 8 p.m. they'll hold a reading and book signing.

Nikitas is the author of two literary thriller novels published by St. Martin's Minotaur. "Pyres," was an Edgar Award nominee, and "The Long Division," was a Washington Post "Best Books of 2009" selection. His short fiction has appeared in The Ontario Review, Chelsea, New South and Ellery Queen Mystery Magazine. Nikitas is a faculty member in the MFA program at Eastern Kentucky University. Currently, Nikitas is working on a semi-historical horror/fantasy novel about W.B. Yeats, Aleister Crowley and H.P. Lovecraft.

Renfroe, assistant professor at Queens University of Charlotte, is the author of "You Should Get That Looked At," a short story collection from Main Street Rag Publishing Co. His writing was in final running for the Novello Literary Award and the Thomas Wolfe Fiction Prize and has been nominated for a Pushcart Prize. Renfroe's story "Stick" was a Million Writers Award Notable Story. His work has appeared online on McSweeney's Internet Tendency, Cemetery Dance, Night Train, Hobart and 3:AM Magazine.