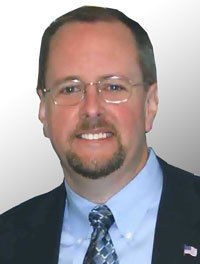 Homeowner insurance policies may not cover fraudulent repairs, potentially leaving homeowners to pay expensive repair bills on their own.

"Dishonest contractors are a common problem after major disasters such as Irene. They thrive on confusion, and try to take advantage of distressed consumers whose homes often are seriously damaged and need immediate repairs," says John Sargent, Chairman of the Alliance.

The majority of contractors are honest, but disasters typically attract dishonest operators. Some cheaters are community-based, but many are unlicensed storm-chasing drifters who go door to door, offering to do low-priced repair work, Sargent warns.

Dishonest contractors may demand a large downpayment but then disappear with the homeowner's money, leaving the work unfinished. Contractors also may use cheap or shoddy material that soon must be replaced. Swindlers also may inflate the amount of damage to a home. Another ruse involves causing more damage to a home, such as enlarging the hole in a roof.

• Avoid contractors who show up at your doorstep;

• Consult with your insurer before making repairs;

• Pay by check or credit, and don't pay cash;

• Pay no more than 20 percent upfront;

• Have a signed contract before work begins.

Fraud by homeowners: Typically some consumers make bogus claims for damaged or wrecked home possessions such as stereos after disasters. The homeowners may inflate the value of damaged possessions, or make claims for goods they never owned.

But even a small claim that is fraudulent can void insurance coverage for all other home damage caused by Irene, Sargent warns. Homeowners also could face prosecution for insurance fraud.