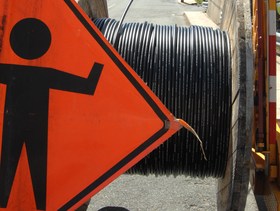 The service is open to all park visitors. No special encryption settings, usernames or passwords are required. Use of StauntonWiFi does require acknowledging a simple Acceptable Use Policy presented for each connection.

"With the proliferation of computers and mobile devices, people are increasingly interested in staying connected while they enjoy the park," said City of Staunton Chief Technology Officer, Kurt Plowman. "Whether a parent is updating scores of a little league game or a visitor looking up restaurants in town, we feel there will be a lot of interest in the new service."

Chris Tuttle, Director of Parks and Recreation adds, "How ironic it is that the first park to be established in the Shenandoah Valley, Gypsy Hill Park, established in 1889, would also be the first Valley park in this 21st Century to have public WIFI service. This event is truly a meshing of the old with the new."

The service is an extension of the free wireless internet the City implemented in the Staunton Public Library in October 2002.