Tactics of the Battle of Saratoga is subject of free talk at NYS Military Museum on Saturday, June 25 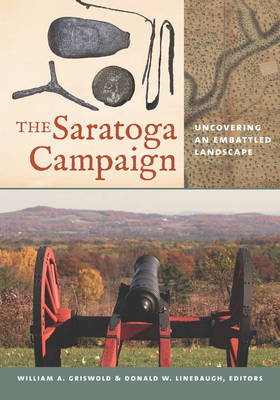 Eric Schnitzer, who will be presenting a free talk at the NYS Military Museum is a contributor to this new book on the Battle of Saratoga.

SARATOGA SPRINGS, NY (06/21/2016)(readMedia)-- The strategy and tactics of the battles at Saratoga will be the subject of a free program at the New York State Military Museum on Saturday, June 25 at 1 p.m.

Eric Schnitzer, a historian and a ranger at the Saratoga National Historic Park will present the discussion.

Schnitzer will speak about the myths and misconceptions that have grown up around the battle, which hamper people's understanding of what really happened there in September and October of 1777.

He will discuss weaponry, commanders, personnel, and the training of the troops who fought on both sides.

Schnitzer contributed a chapter to the recently published book "The Saratoga Campaign: Uncovering an Embattled Landscape." The book focuses on the archeology of the battlefield and what is being learned there.

The New York State Military Museum and Veterans Research Center is housed in the historic New York State Armory in Saratoga Springs. The mission of the museum and research center is to preserve, interpret and disseminate the story, history and records of New York State's military forces and veterans. The collection is divided into the museum and the library/archives holdings.