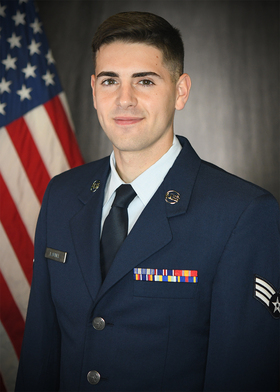 LATHAM, NY (09/22/2020) (readMedia)-- A Watervliet resident and a member of the New York Air National Guard's 109th Airlift Wing is heading for the Brazilian Army's jungle training center along the Amazon River.

Senior Airman Caleb Lapinel, a 22-year old who joined the Air Guard three years ago, is slated to attend the six-week long International Jungle Operations Course the Brazilian Army runs for foreign students at its Center for Jungle Warfare Instruction in Manaus, Brazil.

Experts in jungle warfare consider the Brazilian training center to be the toughest and best in the world.

Lapinel, who grew up in Stamford where his parents David and Jill Lapinel still live and is a graduate of Jefferson Central School, will represent the New York National Guard at the school.

The New York National Guard inked an agreement to participate in the partnership program in March 2019, adding to an existing arrangement with South Africa.

In November of 2019 New York Army National Guard Staff Sgt. Thomas Carpenter graduated from the international course and was awarded his official machete.

Lapinel said he applied to attend the school this year because: "I thought it would be a really cool thing to do."

While Carpenter is a graduate of the Army's Ranger School, Lapinel is an intelligence specialist in the 109th Airlift Wing's Operations Support Squadron.

But he's been working to learn what he can about what infantrymen do.

"I bought the Ranger Handbook and studied that," he said, "and watched some YouTube videos."

His leaders, though, think that Lapinel will succeed because of his drive.

"The Brazilian jungle warfare course was made for Airman Lapinel, not only because he is in excellent physical condition but because he is also mentally tough," said New York Air National Guard Command Chief Denny Richardson.

"He is as strong as they come and has demonstrated his ability to rise under pressure," Richardson added. "Airman Lapinel is always in search of a challenge and this will definitely challenge him but I am confident in his ability to persevere and overcome this and any obstacle."

He gotten some tips from Carpenter about what he should prepare for, Lapinel said, and he's designed a workout to help him get in shape.

His girlfriend Cassandra Rock has swimming pool, so he has been using her pool as often as he can to work on his water skills, Lapinel said.

Carpenter warned him that swimming ability is the key to passing the course. The Brazilians train to use the rivers to move around the jungle in, so course participants spent a lot of time in the water making rafts out of their gear, he explained.

So he's been working a treading water in uniform with a pack on and swimming with the breast stroke in his boots, Lapinel said.

To comply with COVID-19 pandemic restrictions Lapinel has been self-quarantining prior to leaving for Brazil.