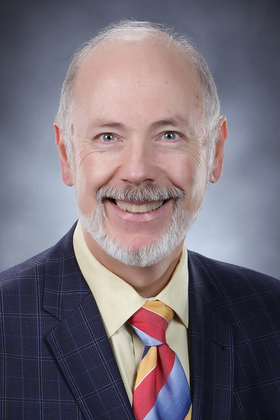 "The series allows us to explore what has shaped, and is changing, the way humans think about the world around them," said Sharon R. Steadman, a SUNY Cortland professor of sociology/anthropology who is the lecture series organizer and Brooks Museum director. "Presenters will address issues such as current thinking about police and policing around the world and changing American thought on same-sex marriage."

The series, which is free and open to the public, features a reception before each presentation. Two guest speakers - and one program featuring both guest speakers and a student panel - will present during the fall semester, and the series will feature a poster session and three guest-speaker lectures during the spring semester.

The series opens Sept. 30 with a presentation by two SUNY Cortland faculty members on gun control and policing in America and a panel presentation on "International Perspectives on Police and Policing" by five international students.

Presenting on America's firearms and law enforcement situation will be Robert Spitzer, chair of the Political Science Department and a SUNY distinguished service professor, and Herbert Haines, professor and chair of the Sociology/Anthropology Department. Sharing their impressions on police and policing in their home countries will be David Lloyd Henson, Philippines; Cristina Craciun, Moldova; Samuel Ajimoti, Nigeria; and Maira Candida and Marina Melo de Almeida, Brazil. The September program begins at 4:30 p.m. in Room 2125 and will not be preceded by a reception.

• The Oct. 14 talk, featuring broadcaster Molly Peterson of Southern California Public Radio, delves into the subject of journalism and its role in shaping American views on issues such as climate change. Her presentation, "I See Change: The Transformative Impacts of Crowdsourced Climate Reporting," describes new strategies that public broadcasters use to engage public interest in action.

• The Nov. 11 lecture will look at how extremist thinking is on the rise in Europe due to current problems such as the debt crisis and the arrival of desperate refugees. Mabel Berezin, a sociology professor at Cornell University, will discuss "Have the 1930s Returned? The Resurgence of Extreme Nationalism in Contemporary Europe." Her talk explores the period since the sovereign debt crisis hit Europe in 2010. "There has been a resurgence of right or extreme nationalist parties in virtually every former Western European country and in some Eastern European countries," she noted. The rightward shift is gaining momentum.

The spring semester will feature the following events:

• On Feb. 17, Kevin Sheets, a SUNY Cortland associate professor of history, will guide a trip back in time to earlier American methods of enhancing memory, a talent increasingly lost in the 21st century given so many devices that can remember for us. His talk, "The Art of Memory and the Culture of Thought in 19th Century America," will relate how 19th century men and women embraced the art of memory through mnemonic systems.

• Timothy Delaune, a SUNY Cortland assistant professor of political science, will discuss "Learning to See Injustice: Changing Political and Judicial Attitudes toward Same-Sex Relationships" on Wednesday, March 9. According to Delaune, social and political attitudes toward same-sex relationships and the people involved in them have changed dramatically in just a few decades. His talk analyzes forms of learning that made that shift possible.

• SUNY Cortland students will conduct a poster session and presentations titled "The Culture of Thought" on Wednesday, March 30, in Moffett Center. A reception and the poster session will precede the event at 3:30 p.m. in the Sociology/Anthropology Department Atrium. At 4:30 p.m., a series of student presentations will follow in Room 2125. "Students will contribute by covering a wide range of topics such as freedom, migration and other current issues," Steadman said.

• How social media has changed notions of what should be private and what should be public about individuals is the topic of the April 13 lecture by Natalie Bazarova, an assistant professor of communications at Cornell University. Her talk, "Communicating Self in a Networked World," explores the way in which advances in social media technologies have brought unprecedented opportunities for communicating self on different online platforms and the problems that arise.

The 2015-16 Brooks Lecture Series is sponsored by a grant from Auxiliary Services Corporation (ASC) and the Cortland College Foundation. For more information, contact Steadman at sharon.steadman@cortland.edu or 607-753-2308.