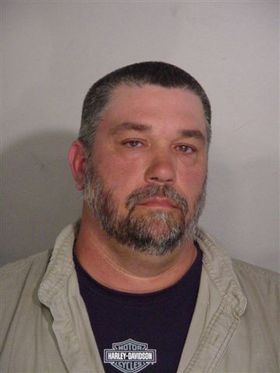 Edward Pebler, 46, of Climax, N.Y., was charged with Offering a False Instrument for Filing, a class E felony. The Greene County District Attorney's Office is prosecuting the case. Pebler was released on his own recognizance pending an October 4 appearance in Coxsackie Town Court.

The arrest resulted from an investigation by Inspector General Joseph Fisch which concluded that Pebler, who earns $68,637 at DOCS, also worked as the town of Coxsackie's $12,216-a-year code enforcement officer without seeking DOCS permission. Pebler repeatedly left the correctional facility during his shift to do code enforcement work for the town, the report states.

Phone logs, town documents and Pebler's state attendance records revealed that he used his state hours to make building code calls, gas up the town's pick-up truck and conduct site visits, according to the report. Pebler then allegedly falsified his state time sheets. A 17-year state employee, Pebler has worked as the town of Coxsackie's sole code enforcement officer since 2004.

In 2009, the Inspector General found that Pebler violated DOCS policy by allowing a subordinate mechanic, Larry Andrew, to disable a fairly-new DOCS pickup truck, send it to auction, and then re-purchase it for personal use.

In response to the Inspector General's recommendation, DOCS Commissioner Brian Fischer stated that DOCS will begin disciplinary action against Pebler.