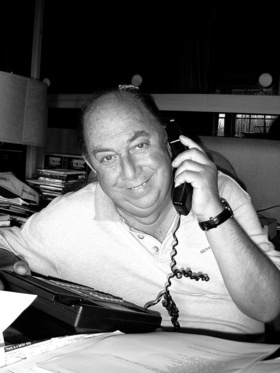 “Paul Sidney is what local radio is all about...localism, community involvement and entrepreneurship,” said NYSBA President Joseph A. Reilly. “He truly deserves this recognition and honor.”

After cutting his broadcasting teeth at WLIS in Old Saybrook, CT, Sidney

came to WLNG in 1963. Over the past 44 years, he has turned the East End station into one of the most successful and respected small market radio stations in the nation through its close alignment with the community.

Toward that end, WLNG provides extensive local news coverage using its fleet of radio electronic newsgathering vehicles. These mobile units provided exhaustive coverage of Long Island's devastating Pine Barrens fires in 1995. They were also on duty when TWA's Flight 800 went down in July 1996, enabling WLNG to become the first station in the country to break the news of that tragedy within moments of the crash.

Known for its back-to-back musical jingles that promote the station with its own distinct reverb sound, mix of vintage oldies and colorful disc jockeys, WLNG also raises hundreds of thousands of dollars for local charities and has been repeatedly honored with “Crystal” and “Marconi” awards for its "For Excellence in Community Service.” In addition, under Sidney’s leadership, the station has worked tirelessly to promote local businesses. WLNG does hundreds of live remotes each year (sometimes two or three in a single day) at store openings, festivals and events using the station’s “Friendly Giant” — a bus whose side panel features each of the station's long serving disc jockeys riding a bicycle built for 10, beneath the motto, “Locally, no one pedals harder for your business and your community's concerns.” Further, Sidney, a former NYU communications student, has helped WLNG become the region’s “leading full service news and information source” with its extensive foul weather coverage.

“During hurricanes and storms, ask any `Bonacker’ (local resident) out on Eastern Long Island and he'll tell you nobody is more relied upon than WLNG radio,” said Gary Sapian, the station’s vice president, noting that the station may have close to a 90 percent share during major storms. “One of the big reasons for this is our in-house color Doppler radar, which is backed by emergency generators at our studio, as well as at our FM tower site in Southampton.” Sapian, a longtime employee who joined the station in 1964, added: “If there's one person who symbolizes radio on the East End, it's got to be Paul. On weekends and remotes, he's the principal voice on Eastern Long Island. Not only has he been around longer than anyone else, but his style has made an indelible impression on the minds of both those who listen and those who go on the air in search of listeners.”

Founded in 1955, the NYS Broadcasters Association (NYSBA) represents the interests of more than 600 television and radio stations in the NYS Senate and Assembly, the US Congress, and various other legislative bodies. NYSBA also offers a variety of services to help the broadcasters of New York State better serve their communities. For more information, call (518) 456-8888 or go to www.nysbroadcasters.org.

Posted Wednesday May 30, 2007 at 09:23 am by New York State Broadcasters Association