Professor to Discuss the Wealth Gap as Experienced Locally 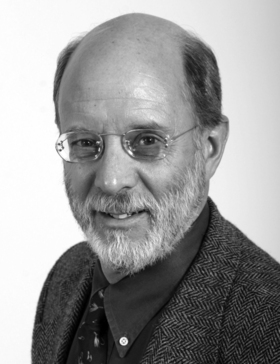 CORTLAND, NY (09/25/2015)(readMedia)-- One doesn't need to look further than Cortland and its surrounding region to study the effects of the gap between the wealthiest Americans and the vast majority of U.S. citizens, according to Craig Little, a SUNY Distinguished Service Professor and professor of sociology/anthropology at SUNY Cortland.

Ithaca has attracted a very wealthy population and, living nearby, people who are in great poverty.

As a sociologist, Little has studied the effect of the increasing gap in wealth inequality on areas such as health, education, social well-being and politics.

He will use geographic data analysis findings to illustrate the local extent of a nationwide trend in American social and economic disparity in a Community Roundtable titled "Pathways to Opportunity in Cortland County: What Can be Done?" Thursday, Oct. 1.

The presentation, sponsored by the President's Office, takes place from 8 to 9 a.m. in the Park Center C-Club Hall of Fame Room. The roundtable is free and open to the public. Refreshments will precede the lecture at 7:45 a.m.

Little will explore the effects of inequality on opportunities in Cortland County, focusing on where the municipality stands relative to the nation, New York state and surrounding counties in terms of inequality and opportunities for its citizens - especially for its young people.

From the country's founding until the 1970s, the wealth-distribution profile of the U.S. was similar to most industrialized democracies, Little has noted. However, this wealth gap between the few at the top and the mass of average Americans has widened dramatically with American inequality beginning to resemble that of the world's most economically and politically dysfunctional societies.

His upcoming presentation will mirror a public lecture he gave in June at Main Street SUNY Cortland as part of the College's participation in the national Economic Inequality Initiative.

SUNY Cortland was selected as one of 30 campuses across the country for the first joint American Democracy Project (ADP) and The Democracy Commitment (TDC) national civic action series, the Economic Inequality Initiative.

The goal of the initiative is to bring together an area's campus and community members to study the relationships among economic inequality, public policy, economic opportunity, social mobility and civic engagement.

"I think we've gone through a long period of time that, whenever every kind of government, from the federal to the local, needs to cut, they tend to cut services to the poor," Little said.

"My specialty is not poverty. It's inequality and of course, wealth, power and inequality: the difference between the poor and the top 1 percent. That's my area of greatest knowledge."

Little will address how the compensation disparity impacts the poorest 99 percent of U.S. residents when forced to compete for limited resources in the vicinity of the 1 percent.

Cortland County and neighboring Tompkins County make good comparisons, one with a very homogenous population in terms of income, and the other with an unusually large percentage of households whose residents earn more than $250,000 a year.

Approximately eight years ago, Little reoriented his curriculum around the growing trend, which he believes is at the root of many sociological and criminal problems.

A past Sociology/Anthropology Department chair for more than 16 years, Little has served as the project director of two large community outreach partnership center grants to encourage ties between the Cortland community and the College.

He has served as a research, planning and evaluation consultant for numerous human services agencies in upstate New York. For more than a decade, Little has been active in the international organization called AUDEM, the Alliance of Universities for Democracy. The author and editor of two books and numerous articles on various aspects of deviance, crime and social control, Little's 's current work focuses on developing collaborative online international distance learning courses with faculty abroad.

He has a B.A. from Colby College and M.A. and Ph.D. degrees from the University of New Hampshire.

For more information contact Samantha Howell, special events coordinator for the President's Office, at samantha.howell@cortland.edu or 607-753-5453.