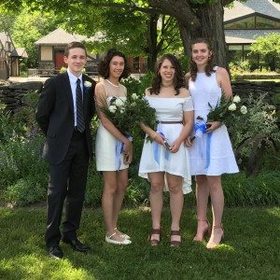 Ms. Ferrone and Ms. Knoll each received a Butler Academic Prize in a tie for achieving the highest GPA in the ninth grade.

Awards were also presented to seventh and eighth grade students:

Established in 1946, Berkshire Country Day School, located at 55 Interlaken Road (Route 183) in Stockbridge, MA, is an independent school for students in Preschool through Grade 9. Berkshire Country Day School exists to inspire the individual promise of every student, that each may become an exemplary citizen of the world. For more information about the school, visit berkshirecountryday.org