Biologist to Share Views on Roles of Humanity on Earth on Oct. 8 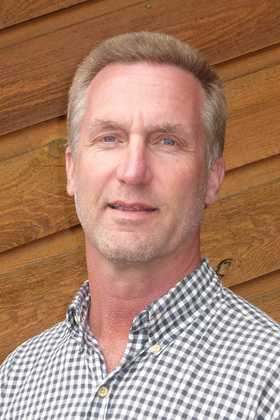 CORTLAND, NY (09/28/2015)(readMedia)-- The typical college student might be stumped over the meaning of "Gaia Theory" or "land ethic."

Biologist Martin Ogle not only excels as an expert in that theory, but he was honored in 2010 for his ability at explaining obscure scientific concepts in informal and non-academic settings with the annual award of the Washington Academy of Sciences.

On Thursday, Oct. 8, at SUNY Cortland, he will share his innovative ideas for thinking of the land as a community of which we all are part.

Ogle, who was chief naturalist for the Northern Virginia Regional Park Authority from 1985 to 2012, will present "Aldo Leopold, Local Land Ethics and Planetary Challenges" at 4:30 p.m. in Brockway Hall Jacobus Lounge.

Organized by the College's Cultural and Intellectual Climate Committee (CICC), the event is free and open to the public.

The event continues the 2015-16 CICC series, themed this year on "Where are We?" The discussions consist of talk about the role that local communities play in the greater society's achievement of economic health, environmental resilience and overcoming inequalities of all types.

Ogle will discuss the great Wisconsin naturalist and ecologist Aldo Leopold's Sand County Almanac, which encompasses a series of essays geared for conservationists and wildlife biologists. Leopold in his book imagined a local community that included both humans and the natural world and called for a new "land ethic" about what is economically relevant to the love of place and the rights of land, animals and plants.

Sand County Almanac is one of four "common readings" relating to upcoming lectures that the campus and community are encouraged to read in advance. Additional selections include Will Allen's The Good Food Revolution, Naomi Klein's This Changes Everything, and Gerald Grant's Hope and Despair in the American City.

Ogle in his most recent scholarship attempts to expand on Leopold's concept of Gaia Theory, which in recent times has been defined as the scientific view of Earth as a single physiological system.

"The metaphor 'Gaia' powerfully reflects this science and gut-level feeling that reminds us that forests, mountains, prairies and savannas we inhabit are physiologically linked to everything else," Ogle said.

Ogle's Gaia Paradigm, which he has advanced through his workshops, programs and writings, asserts that this re-discovery of Earth's life must be the compass that points back and gives meaning to specific places of work and life.

"Gaia Theory tells us that the rock, water, air and organisms (including us) have and continue to co-evolve as a single physiology," Ogle said. "It puts humans in place with the rest of the world."

The theory already has inspired ideas and practical applications for economic systems, policy and scientific inquiry.

Ogle asserts that his discussion topic fits well into the series' theme.

"The question 'Where are we?' has become complicated in the past few decades of high mobility, cultural homogenization and scientific advances," he said. "We may come to explore this question, however, in ways similar to our relatively immobile and culturally distinct ancestors."

Ogle, who was born and spent much of his younger life in South Korea, holds degrees in wildlife biology from Colorado State and Virginia Tech. In 2012, he and his family moved to Louisville, Colo., where he founded Entrepreneurial Earth LLC.

He has written articles and completed book reviews for Taproot: a Journal of Outdoor Education published at SUNY Cortland by the Coalition for Education in the Outdoors.

Future events in the "Where Are We?" series will be announced in the next Bulletin.

By holding an annual series on a different intellectual theme, the CICC committee aims to generate common topics of discussion and to establish traditions of intellectual discourse on campus. Faculty and staff are encouraged to infuse the theme into their courses, either through selections from the common readings or other texts related to the theme.

The series is sponsored by the Campus Artist and Lecture Series, the Provost and Vice President for Academic Affairs' Office, the President's Office and the Cortland College Foundation.