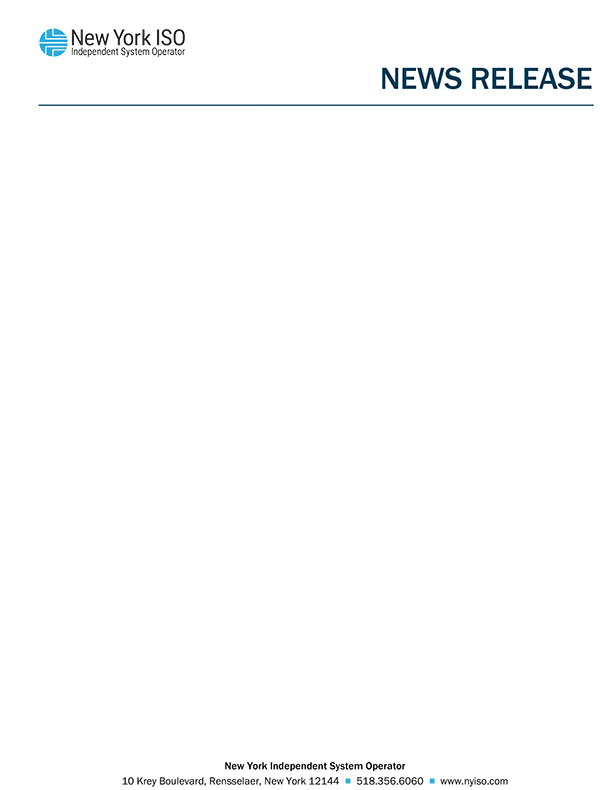 NYISO Names David R. Hill to Board of Directors

The selection of Mr. Hill is the result of the NYISO's stakeholder process in which representatives from each market sector join together to conduct a national search and recommend potential directors to the Board.

"David brings decades of legal and energy industry experience in both the public and private sectors to the NYISO Board," said Ave M. Bie, Chairperson of the Board. "David's depth and breadth of expertise will be a tremendous asset at a time when competitive markets and the electric grid face a significant transition. We're proud to have him join the board."

Mr. Hill has more than 25 years of energy experience. He served as General Counsel for the United States Department of Energy during the second term of the George W. Bush administration and most recently as Executive Vice President and General Counsel for NRG Energy, Inc. and NRG Yield, Inc. He currently serves as a Fellow and Adjunct Senior Research Scholar at the Center on Global Energy Policy at Columbia University.

In his role as Executive Vice President and General Counsel for NRG Energy, Inc. and NRG Yield, Inc., Mr. Hill led a 150-person staff that was responsible for handling all legal, regulatory, government affairs, and environmental issues for the Fortune 500 company. He led the development and execution of federal and state regulatory strategy including FERC proceedings, appearances before the U.S. Court of Appeals and the U.S. Supreme Court, negotiations with industry participants, and advocacy before regulatory authorities.

As General Counsel for the U.S. Department of Energy, Mr. Hill was responsible for all DOE legal matters and worked extensively with the Secretary of Energy and other senior officials on policy development, rulemaking, and management.

He serves as President of the Princeton Public Library Foundation and also sits on the boards of Arm in Arm of Mercer County, NJ, the Law Board of the Northwestern University School of Law, and recently joined the Board of Sustainable Princeton. He holds a Bachelor of Science in Agricultural Journalism from the University of Missouri and a Juris Doctorate from the Northwestern University School of Law. Mr. Hill lives in New Jersey with his wife and three daughters.

About the New York ISO