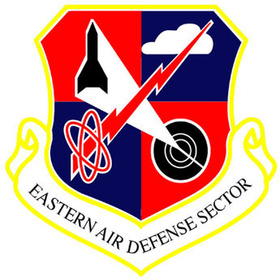 The members of former the 24th Expeditionary Air Defense Squadron were transferred from federal control under the Air Force Northern Command to EADS. EADS is responsible for air defense of the United States east of the Mississippi.

The mission of these Air Guardsmen has not changed and they will continue to serve in the Washington, D.C.-area as part of the National Capital Region Integrated Air Defense System which includes both Air and Army Guard elements. They will become Detachment 1 and Detachment 2 of the Eastern Air Defense Sector.

The Airmen will formally become members of the New York Air National Guard, and their detachments will be activated, in a Tuesday, March 8 ceremony, that will be attended by Major General Patrick Murphy, the Adjutant General of New York, and Eastern Air Defense Sector leaders. The ceremony will be held in Washington, D.C.

"On behalf of the New York National Guard, we want to welcome our new members serving in the National Capital Region," said Maj. Gen. Patrick A. Murphy, New York Adjutant General. "Our new detachments' geographic location makes them unique, but their mission is a familiar one. New York Air National Guardsmen at the Eastern Air Defense Sector have protected American airspace around-the-clock for more than 15 years and adding the new detachments will strengthen its ability to conduct this essential mission."

Detachment 1 will operate as part of the Joint Air Defense Operations Center at Joint Base Anacostia-Bolling in Washington, D.C. Detachment 2 will serve as the Department of Defense liaison at the National Capital Region Coordination Center in Herndon, Va. The NCRCC is an information sharing and coordination center for the federal agencies responsible for monitoring the Washington, D.C. airspace.