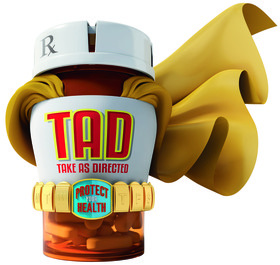 ROCHESTER, NY (08/12/2014)(readMedia)-- Upstate New York adults who fail to adhere to the prescriptions written by their health care providers to address their medical conditions risk their health and add billions of dollars in avoidable health care costs annually, according to a regional analysis issued today by Excellus BlueCross BlueShield.

The report relied on medical literature estimates for the national problem of medication nonadherence and applied them to estimates of adults living with high blood pressure, diabetes, high cholesterol and depression statewide and in upstate New York. The four conditions studied were selected because of their prevalence, the availability of safe and effective medication therapies, and the established link between medication nonadherence and adverse outcomes. Estimated costs involving the four conditions are not additive because many people have multiple health conditions.

"Hundreds of thousands of upstate New Yorkers who have the four conditions we reviewed are not getting the real benefit of their medicines, and there are many other medical conditions we didn't evaluate, so the numbers are understated," Chitre said. "To stay healthy, patients who have medical conditions should take their medicines as directed by their physicians. Doing so will also help them avoid hospitalizations and other treatments."

Key findings of the report include:

"We understand that the problem of nonadherence is a national issue, so it is not unique to upstate New York," Chitre said. "What will help is providing more education and promotion of the issue among all stakeholders, including patients and their family members, physicians, pharmacists, insurers, community organizations and employers."

Excellus BlueCross BlueShield will raise awareness about the importance of medication adherence by attempting to establish a world record for the most people wearing superhero capes and doing the wave at the Rochester Red Wings AAA baseball game at Frontier Field on Friday, August 15. For the event, Red Wings staff will hand out blue "TAD" superhero capes to the first 5,000 fans who enter the stadium.

"When it comes to fighting chronic conditions, a prescription drug can be a superhero, but it only works if patients let it," Chitre said. "We hope our superhero approach captures the community's attention and reminds them that prescriptions are only 'super' if they take them."

The superhero theme is part of a public education campaign that Excellus BCBS developed with support from several county medical societies, pharmacy groups, county health departments and other regional health organizations. The community engagement campaign features a pill bottle stylized as a superhero named TAD (for "Take As Directed"). Appearing in print, radio and billboard advertising, TAD conveys simple messages about the importance of taking medicine as directed. The central message is, "If you're not taking your prescriptions as directed, you're taking a chance!"

"We can't turn this around overnight, but we can work together to promote the notion that 'Take As Directed' is more than a slogan," Chitre said. "It's a way for upstate New York residents to improve their own health and the health of our health care system as a whole."

The fact sheet also summarizes common medication adherence barriers to adherence, which include affordability, forgetfulness, concerns about side effects, complexity of directions, lack of knowledge regarding importance, etc. Tips about how to overcome these barriers are available at ExcellusBCBS.com/TakeAsDirected.