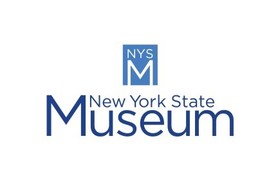 ALBANY, NY (05/17/2018) (readMedia)-- The New York State Museum, WAMC/Northeast Public Radio and Archivist Media are excited to announce the launch of a new podcast, "A New York Minute In History," which explores the story of New York State and the unique tales of New Yorkers. The podcast is hosted by New York State Historian Devin Lander and Don Wildman, host of Mysteries at the Museum on Travel Channel. It is produced by WAMC's Associate News Director Jim Levulis.

"I'm a long-time resident of New York, so I'm excited!" Wildman said. "This podcast gives me a chance to explore the state's incredible history; how, since its inception, New York has contributed immeasurably to the whole identity of the nation."

"'A New York Minute In History' is a great collaboration that will help New Yorkers discover more about the Empire State and the important role it and its citizens have played through the engaging audio medium," said WAMC/Northeast Public Radio's President and CEO Alan Chartock. "WAMC is proud to be working with The New York State Museum on this project."

The podcast's first episode explores the lives of Henry Johnson and Tommy Hitchcock Jr., World War I heroes with ties to New York. Through interviews with family members, historians and others, we follow Johnson and Hitchcock to the trenches and airfields of Europe and beyond. We explore how both men are shaped by their upbringings and the color of their skin and examine how each is celebrated and remembered in different ways because of their actions and the social practices of the early 20th century to today.

Episode two, which explores New York's leading role in the Women's Rights Movement, will be available soon. You can subscribe to the podcast on iTunes, Google Play and SoundCloud.

"New York has an incredible history and an abundance of fascinating stories with national and international influence," said Bill Pomeroy, Founder and Trustee of the Pomeroy Foundation. "One of the Foundation's core initiatives focuses on preserving our history, so being able to support 'A New York Minute In History' was a natural fit. We're very excited for Devin, Don, and their team to share these great stories steeped in New York's history through this new podcast."

"New York State's history is more complex and fascinating than many would ever expect!" said Sara Ogger, Executive Director of Humanities New York. "We at Humanities New York are proud to support our valued partners at WAMC as they work with our State Historian to produce great stories."

The State Museum is a program of the New York State Education Department's Office of Cultural Education. Located at 222 Madison Avenue in Albany, the Museum is open Tuesday through Sunday from 9:30 a.m. to 5:00 p.m. It is closed on the Fourth of July, Thanksgiving, Christmas, and New Year's Day. Admission is free. Further information about programs and events can be obtained by calling (518) 474-5877 or visiting the Museum website at www.nysm.nysed.gov.

The William G. Pomeroy Foundation is a private foundation founded in 2005 by Bill Pomeroy. The Foundation's two main initiatives are to diversify the Be the Match Registry by supporting bone marrow drives and preserving history by providing grants for historic signage in New York and beyond. To date, the Foundation has funded more than 625 markers through its various historic signage grant programs. Visit: www.wgpfoundation.org.