Col. Clayton W. Moushon of East Peoria to be promoted to brigadier general 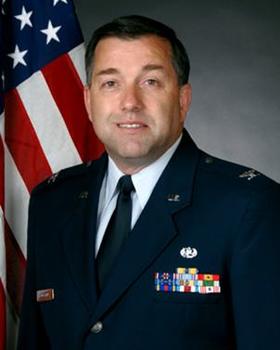 U.S. Air Force Photo / Col. Clayton Moushon of Peoria, Ill., is appointed as the Chief of Staff of the Illinois Air National Guard.

SPRINGFIELD, IL (03/04/2014)(readMedia)-- Col. Clayton W. Moushon of East Peoria, Ill., has been appointed as the Illinois Air National Guard's Chief of Staff by Brig. Gen. Daniel M. Krumrei, the Adjutant General of the Illinois National Guard and will be promoted to brigadier general.

"This is a great opportunity for Colonel Moushon in his service through the Illinois Air National Guard, a great day for his family and friends and an important step into the future for the Illinois National Guard," said Krumrei. "He served as an adviser in combatant commands and strategic commands. He understands our transformational environment and will provide insight, leadership and guidance during a time of tremendous change."

Moushon is a civilian practitioner in East Peoria, Ill., where he is a transactional attorney specializing in corporate, commercial real estate and development transactions.

"This is an exciting opportunity to serve the organization in a position of greater responsibility and be a part of an amazing command team," said Moushon. "I am humbled by the support of my leadership and family and I look forward to the future challenges and achievements."

Moushon was born in Peoria, Ill., and received his Juris Doctorate from Pepperdine University School of Law in 1986. Moushon is a member of the Illinois Bar Association. He is married to Yvonne Joy Yoder. They live in East Peoria, Ill., and have four children, Nikolaus, Chelsey, Jacob and Mitchell.