'In a Mirror, Darkly' Named a Winner of Pellicciotti Opera Composition Prize 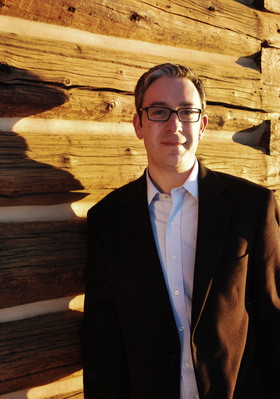 Composer Christopher Weiss, whose opera, “In a Mirror, Darkly,” is a winner of the Domenic J. Pellicciotti Opera Composition Prize.

POTSDAM, NY (08/28/2013)(readMedia)-- The Crane School of Music at SUNY Potsdam recently announced the winners of the first Domenic J. Pellicciotti Opera Composition Prize. Three operas were chosen from a pool of 74 submissions, which came from across the U.S. and Canada, as well as from Europe.

The winners included "In a Mirror, Darkly," with music by Christopher Weiss and a libretto by S. O'Duinn Magee. The opera will receive a $5,000 prize, and the production of an act or segment.

The Domenic J. Pellicciotti Opera Composition Prize was founded by Dr. Gary C. Jaquay to honor his life partner Domenic J. Pellicciotti, an ardent fan of opera. The award seeks to encourage and acknowledge the creation of new opera works that explore, within a broad range of possible expressions and representations, themes related to tolerance, inclusion and/or the celebration of diversity within an inclusive community. Works that explore issues relevant to the LGBT community were particularly encouraged for this round. The $20,000 prize will be awarded every four years, along with a production of the winning operas.

"In a Mirror, Darkly" composer Christopher Weiss's music has been hailed by the New York Times as "wonderfully fluid [with a] cinematic grasp of mood and lighting." He has received commissions and performances from the Huntsville Symphony, Jacksonville Symphony, the Boston Chamber Orchestra, the Lancaster Symphony, the Washington Metropolitan Philharmonic, the Columbia Orchestra, the Curtis Symphony Orchestra, the Twickenham Music Festival and from Music from Angel Fire, where he was the Young Composer-in-Residence. Excerpts from "In a Mirror, Darkly" have been performed by the New York City Opera and the Virginia Arts Festival. Weiss has been in residence at Yaddo, the Brush Creek Foundation for the Arts and the Kimmel Harding Nelson Center. A native of Portsmouth, N.H., Weiss holds degrees from Rollins College in Winter Park, Fla., and the Curtis Institute of Music in Philadelphia.

As a professor and publishing scholar, S. O'Duinn Magee was known as "Maggie Dunn." Upon retiring from academics to be a full-time writer, and while working with composer Christopher Weiss on their opera "In a Mirror, Darkly," she chose the professional pen name, S. O'Duinn Magee. Although not a musician by professional training, her musical interests and ability to read music, combined with a lifelong love of poetry and opera, convinced her to try her hand as a librettist. Magee's fiction-writing projects include a six-part series of literary mysteries and a five-part series of literary science fiction novels. A resident of DeLand, Fla., Maggie Dunn is a retired faculty member from Rollins College.

About The Crane Opera Ensemble:

Founded in 1886, SUNY Potsdam's Crane School of Music has a long legacy of excellence in music education and performance. Life at Crane includes an incredible array of more than 300 recitals, lectures and concerts presented by faculty, students and guests each year. The Crane School of Music is the State University of New York's only All-Steinway institution. To learn more, visit www.potsdam.edu/crane.