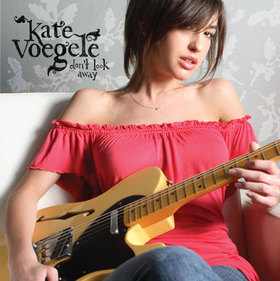 What: Singer-songwriter Kate Voegele joins the Capital Region for Dining Out for Life 2008. Over 30 restaurants, from Plattsburgh to Hudson and throughout the region, will be donating at least 25% of their sales to help fight HIV/AIDS. Voegele, who is on international tour with Hanson, will have a special live performance and autograph session on Thursday for the event.

About Kate Voegele: Kate is a singer, songwriter, guitarist and pianist from Bay Village, Ohio who recently became popular playing Mia Catalano on the hit CW television show One Tree Hill. Kate has been writing music since she was 15 years old and has recorded several albums with well known producers. In 2007, she signed with a division of Interscope Records and released her hit album “Don’t Look Away”. The 21 year-old upcoming star has performed on the Early Show and her music has been featured on popular shows including MTV’s The Hills. Several singles have already hit the Billboard Charts.

Other Media Interview Opportunities: Dining Out for Life will take place throughout the day at various Capital Region establishments. (Full list at www.diningoutforlife.com/albany) AIDS Council spokespeople will be available at the following locations –

Other times and locations scheduled upon request.

The AIDS Council of Northeastern New York is a not-for-profit human service agency whose mission is to reduce the risk, fear, and incidence of HIV infection, encourage the independence of people living with or affected by HIV/AIDS and promote understanding of their needs. In operation for over 24 years, the AIDS Council is the preeminent provider of AIDS services in a fifteen county region in Upstate New York with offices in Albany, Glens Falls, Hudson, Plattsburgh, Schenectady and Troy. For more information about the AIDS Council, please visit www.aidscouncil.org.