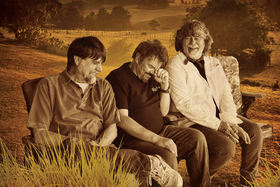 ST. PAUL, MINN. (07/11/2016)(readMedia)-- The final evening of entertainment has been confirmed for the 2016 Grandstand Concert Series sponsored by Sleep Number. Details are as follows:

Alabama has made more Minnesota State Fair Grandstand appearances than any other group or performer. After 15 years, the band returns to the Great Minnesota Get-Together for their 19th performance at the Grandstand.

About Alabama: Cousins Randy, Jeff and Teddy left the cotton farms of Fort Payne, Ala., more than 40 years ago to spend the summer playing music, and they haven't looked back. Since breaking through with their first Top 20 hit, "My Home's In Alabama," the group has gone on to sell 73 million albums while changing the face and sound of country music. Alabama's music is incomparable and their awards are impressive. Over the years, the group has charted 43 No. 1 singles and won more than 178 CMA Awards, Grammy Awards, ACM Awards and more. Members of the Country Music Hall of Fame, they are also world-class philanthropists, raising $250 million dollars for various charities. Their mega-hits include "Song of the South," "I'm in a Hurry (And Don't Know Why)," "Dixieland Delight" and "Mountain Music."

About Levon: Made up of lead singer Michael Hall, along with Jake Singleton and Ryan Holladay, Levon's sound is a combination of "then" and "now." With influences like Keith Urban, The Eagles and Pure Prairie League, the band got its start in 2013. The group's name derives equally from Elton John's "Levon" and The Band's Levon Helm. Their three-part harmony is electric. Levon is busy playing festivals and shows across the country and has opened for Florida Georgia Line, Chase Rice and Willie Nelson.