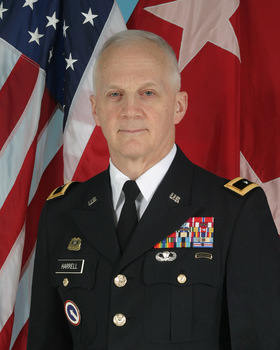 Tatum's most recent assignment is at the Alabama National Guard Joint Force Headquarters as assistant adjutant general, but he also previously served as the 167th TSC deputy commanding general, as well as the commander of the 135th Expeditionary Sustainment Command, among other distinguished assignments.

Stallings comes to the 167th after serving as a command sergeant major for several brigade and group level organizations, including a deployment to Iraq. Stallings brings the experience of his 32 years of service to the organization.

The change of command and change of responsibility ceremony will be held in typical military fashion with the passing of the command's colors between the out-going and in-coming commanding generals and the passing of an Army saber from one command sergeant major to the next.

As a reminder, the main gate to Fort McClellan is still under construction, so all ceremony attendees should use the Minuteman Gate on Goode Road to enter the base. There will be signs directing traffic to the Marshall Parade Field from the Minuteman Gate.

Media are welcome to attend and cover the event. All media wishing to attend should RSVP to Maj. Andrew Richardson, 167th TSC public affairs officer, no later than noon, Friday, Dec. 1, 2017. You may email him at alngpao@mail.mil or call 334-425-8233.