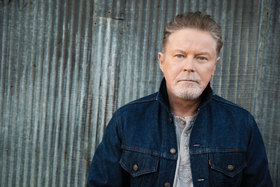 Don Henley is a singer, songwriter, drummer and founding member of American rock band the Eagles who wrote and sang hits such as "Hotel California," "Desperado," "Life In The Fast Lane" and "One Of These Nights." Henley pursued a solo career in the '80s and released his debut album I Can't Stand Still in 1982, which featured the hit "Dirty Laundry." That Grammy-nominated song reached No. 3 on the Billboard Hot 100. His 1984 release of Building the Perfect Beast boasted the single "The Boys of Summer" – a song that won MTV's Video Music Awards Best Video of the Year and a Grammy Award for Best Male Rock Vocal Performance. Other solo hits include "The Heart Of The Matter," "All She Wants To Do Is Dance" and "New York Minute." Since 1994, Henley has split his time between solo pursuits and performing with the Eagles, the highest-selling American band in U.S. history. His 2015 solo release Cass County garnered stellar reviews and debuted at No. 3 on the Billboard 200.

Tickets will be available through Etix at etix.com or by calling (800) 514-3849. In addition, tickets may be purchased at the State Fairgrounds Ticket Office during a special limited-time opening from 10 a.m. to noon on Friday, April 8. For additional State Fair ticket information, call (651) 288-4427.

Additional Grandstand artists will be announced periodically throughout the coming months. Fair fans and music enthusiasts are encouraged to sign up for the State Fair's e-news at mnstatefair.org to receive concert announcements before tickets go on sale.