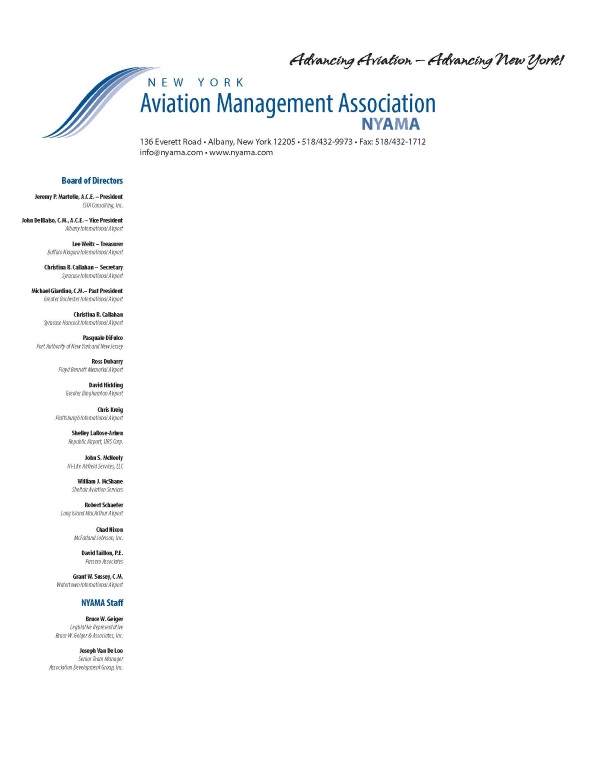 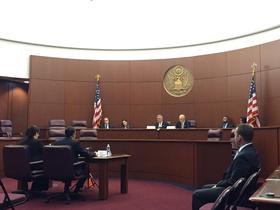 NYAMA President Jeremy Martelle testifies at the Subcommittee on Transportation Security, part of the House Committee on Homeland Security in Syracuse.

Martelle testified at field hearing of the Subcommittee on Transportation Security, part of the House Committee on Homeland Security. Subcommittee Chair Rep. John Katko (R-Camillus) called the hearing at the James M. Hanley Federal Building in Syracuse to discuss the state of airport security and the implementation of the Gerardo Hernandez Airport Security Act. This law, named for the Transportation Security Administration agent who was fatally shot on duty in 2013, requires airports to have plans in place to deal with active shooter incidents and similar threats, including increased employee screening and awareness of suspicious employee behavior.

Martelle acknowledged the need for these new measures but noted that they will pose a financial hardship for many airports. "Currently, airports are required to conduct random and cursory inspections on all employees. The TSA has begun to ask if airports are willing to do more, much more. This increase has overloaded airports which are generally funded through federal and state grants," said Martelle.

"The aging infrastructure of today's airports have required the allocation of a large majority of airport funding to go directly to immediate safety needs such as those associated with runways, taxiways, safety areas and airport parking aprons," he continued.

Martelle pointed to two significant security upgrades at Syracuse Hancock International Airport: a $60 million centralized security checkpoint and an automated exit portal system, which allows passengers and employees to exit secure areas and prevents others from entering. The latter project, he noted, has paid for itself, as employees are no longer required to monitor the exit lanes. In the case of the checkpoint overhaul, however, "extensive financial resources had to be obligated in order for this project to occur. Most airports would see other critical projects go unfunded as a result of such a re-prioritization of resources."

To meet airports' changing security needs, the government and the industry need to explore new revenue sources, Mr. Martelle said. One possibility would be "to create a dedicated funding source, similar to the (Federal Aviation Administration) airport improvement program, in order to assist airports funding security improvements or TSA mandates. This could be accomplished through carving out special funding sources through the passenger facility charge program or the security fee charges through airline ticket purchases," he suggested.