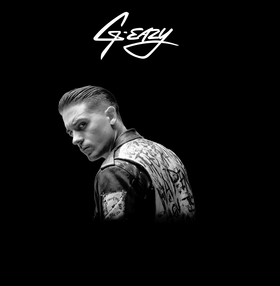 G-Eazy with special guest to be announced

The final Grandstand act in the 2016 Concert Series sponsored by Sleep Number will be announced soon. State Fair fans and music enthusiasts are encouraged to sign up for the State Fair's e-news at mnstatefair.org to receive concert announcements before tickets go on sale.

Weezer, an American rock band formed in Los Angeles in 1992, is made up of Rivers Cuomo (lead vocals, lead guitar), Patrick Wilson (drums), Brian Bell (rhythm guitar, backing vocals, keyboards) and Scott Shriner (bass, backing vocals). Weezer has sold 9.2 million albums in the U.S. and more than 17 million records worldwide. Their catalog includes such megahits as "Buddy Holly," "Undone (The Sweater Song)," "Say It Ain't So," "El Scorcho," "Island In The Sun," "Beverly Hills" and "Pork and Beans." Throughout its career, the group has been nominated for Grammys, MTV Video Music Awards and more. In 2016, Weezer released its 10th studio album, Weezer (White Album), to widespread acclaim. Featuring the singles "King of the World" and "Thank God For Girls," the album debuted at No. 1 on the Top Rock and Alternative charts, No. 2 on the Top Current Album chart, and No. 4 on the Billboard Top 200, with more than 10 million album streams in the first week alone.

Rapper, songwriter and record producer G-Eazy, who hails from Oakland, Calif., released his major-label debut album These Things Happen in 2014. The album peaked at No. 3 on the U.S. Billboard 200. The 27-year-old has had the opportunity to open for well-known artists such as Lil Wayne and Snoop Dogg. His sophomore album When It's Dark Out features the hits "Me, Myself & I," "Calm Down," "Drifting" featuring Chris Brown and Tory Lanez and "One Of Them" featuring Big Sean. With more than 800 million views on YouTube, G-Eazy is a rising star in today's hit music scene. 2016 marked the start of his second world tour, which brings him across the U.S., Europe and Australia.