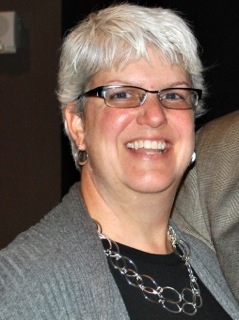 ALBANY, NY (01/03/2013)(readMedia)-- Today, President Obama signed into law the "Shaheen Amendment"; a provision expanding federal coverage of abortion to military servicewomen in cases of rape and incest as part of the National Defense Authorization Act of 2013 (NDAA). The Shaheen amendment will finally bring some level of respect and compassion to the care of women who have been subjected to sexual violence while they are serving our country. The number and depth of responsibility of women serving in our armed forces has been steadily growing since the 1980's. Today, there are over 400,000 American military women including some involved in combat. While integration of women has gone relatively smoothly, the incidence of sexual violence is a known and present problem. Yet, before this law passed, military women were unable to use their federal health coverage if they decided not to continue a pregnancy resulting from rape or incest.

These are our sisters, daughters and neighbors, who have placed their lives in jeopardy to serve our country. It has taken far too long to extend to them the rights that you and I take for granted. Sexual assault is a terrible and life shattering experience. Finally, with the enactment of the Shaheen amendment, at least cost will no longer serve as a barrier to health services or an added burden in a time of crisis.

Yet, while we celebrate this important step, there is more to be done so that these brave women are able to have the same level of medical care as other American women. A provision still exists in the NDAA that prohibits military service women and dependents of members in the military to access abortion at military facilities, even using their own private funds. Instead, whether they find themselves serving in Afghanistan, South Korea, or anywhere in the world, service women are forced to seek care outside of the military system.

Upper Hudson Planned Parenthood serves military women, as well as women of all professions, and we applaud the passage of the Shaheen amendment and the parity in health care coverage it brings to those covered by military health insurance. We look forward to the day when all women will be able to make personal, private decisions about pregnancy and parenthood without undue barriers or political interference.