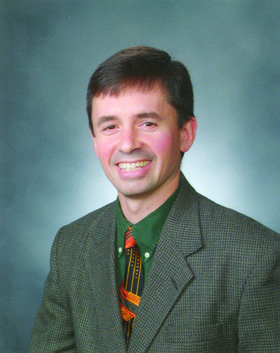 This is a significant accomplishment. Christianity Today explains, "Our judging began with 427 titles submitted by 62 publishers. Christianity Today's editors selected finalists in each category, and our judges determined the books that best offer insights into the people, events and ideas that shape evangelical life, thought and mission.

Hope in a Scattering Time: A Life of Christopher Lasch is the first published biography of Christopher Lasch, historian, social critic and author of The Culture of Narcissism. The book has received positive reviews from a number of national sources such as the The Weekly Standard and the Commonweal. Alan Wolfe of The New Republic says, "This is anything but a quickly written effort to explore the relationship between a thinker and his times. Miller has not only dug deeply, he has also pondered carefully.... I never met the man, but thanks to this book I now feel that I have. I could not be more grateful to Miller for facilitating the introduction."

Christianity Today says, "In Miller's sure-footed and penetrating narrative, we discover that prominent 20th-century social historian and cultural critic Christopher Lasch grew up under atheistic liberal parents, but laboring under a longstanding looming sense of alienation discovered its roots by examining and eventually deconstructing American liberalism. For a post-Christian era struggling with social responsibility and moral integrity, I can recommend no more salutary biography than this one."

Miller has had several articles published in Christianity Today including, "Why We Love Football" in 2007 and "Putting Worldview in Its Place" in 2009. His work has also appeared in publications such as History Teacher and The Pittsburgh Post-Gazette, and he has given presentations at professional conferences and symposiums including Geneva, the University of Delaware and Georgetown University.

He graduated from Lancaster Bible College in 1988 with a degree in biblical studies and went on to Trinity Evangelical Divinity School where he earned a master's degree in Christian thought in 1994. Miller completed his doctorate in American history at the University of Delaware in 2002.

Geneva College is a comprehensive Christian college of the arts, sciences and professional studies. Founded in the tradition of the Reformed Christian faith, Geneva prepares students to serve Christ in all areas of society: work, family and the church. Geneva College's philosophy of education is based on the Foundational Concepts of Christian Higher Education. Geneva is a founding member of the Council for Christian Colleges & Universities (CCCU).