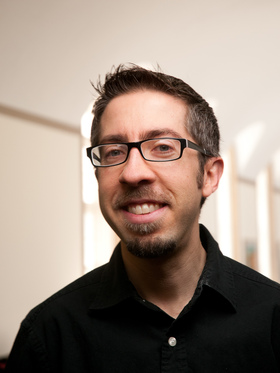 Working with a national research team in tandem with the Music Division of the Library of Congress in Washington, D.C., Kozamchak recently kicked off a project to find American classical masterworks that have been long forgotten.

Known as "Unearthing America's Musical Treasures," the project involves researchers from around the country. The team consists of Kozamchak , Library of Congress Music Division Chief Susan Vita, Library of Congress staff, Senior Musicologist Loras Schissel and eight college orchestra directors from around the country. The team will conduct both online and onsite research into orchestral works that are unknown to the public.

"We have countless treasures waiting to be discovered," Vita said. In just one example, in 2010 one college orchestra performed a newly discovered symphony by 18th-century Austrian composer Joseph Haydn that had been lost for two centuries and then discovered in the Library of Congress archives.

The Library of Congress' Music Division has more than 25 million holdings, making it the largest music library in the world. Of these holdings, 10 million are of American music, with 75 percent un-catalogued or digitized. Library of Congress staff have told the team that there are many musical gems waiting to be discovered.

The research team, part of the College Orchestra Directors Association (of which Kozamchak is the President of the North Central Division), will comb through the extensive archives at the Library of Congress with the goal of "rediscovering American symphonic music," and encourage performances and recordings by American orchestras.

By law, all U.S. copyrighted music material, in whatever form, must be contained in the Library of Congress holdings. "With minimal staffing at the LOC," said Dr. Kevin Bartram, President of the College Orchestra Directors Association, "there are thousands of gems by great composers that are simply gathering dust. We intend to find them and bring them to light."

Members of the team include orchestra directors from Cornell University, the University of Massachusetts Boston, Memphis, Washington and Lee, Centre College, Wesleyan University, Oklahoma State University and others.

"Unearthing America's Musical Treasures" will have its first public unveiling in Washington, D.C., in 2017 at the national conference of the College Orchestra Directors Association.

University of Northwestern – St. Paul is a nondenominational Christian university in St. Paul, Minn. With a biblical worldview integrated into all programs, UNW provides a unique educational experience for students who want to combine faith and education. UNW offers 70+ areas of undergraduate study, six master's degrees, and online and early college programs. Northwestern Media, a ministry of the university, operates 16 Christian radio stations throughout the Midwest and East Coast with a total listenership of more than one million listeners. Visit unwsp.edu for more information.