Talk by Paul Grondahl, Times Union columnist and director of the NYS Writers Institute, part of a year-long celebration of the 200th anniversary of the founding of the New York State Library 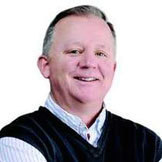 Grondahl will discuss his biography Corning: Albany Icon, Albany Enigma, which was a source for the current off-Broadway production of Sharr White's "The True." The program is scheduled to begin at 12:15 p.m. in the Librarians' Room on the 7th floor of the State Library, 222 Madison Avenue, Cultural Education Center, Albany.

The event is free and open to the public. Preregistration is encouraged but not required. For more information, call 518-474-2274 or visit http://www.nysl.nysed.gov/programs/.

Grondahl, a former longtime reporter at the Albany Times Union, where he still contributes a weekly column, will talk about his decades-long association with the State Library. He has made great use of one of the state's most important cultural resources since he arrived in the capital city for graduate school in English at UAlbany in 1981.

"The New York State Library is an extraordinary resource for historians, journalists, researchers and the general public. It is a crown jewel in the Empire State and we should mark in a meaningful way its 200th anniversary," Grondahl said. "It is one of the nation's great research libraries and I am reminded of the historical importance and extraordinary reach of New York State each time I call up a book from the stacks, inspect a rare letter or manuscript, undertake online research or stop by to hear a scholar speak at the State Library," he said.

The talk is co-sponsored by the Friends of the New York State Library and the NYS Writers Institute.

For more information on the Writers Institute, visit https://www.nyswritersinstitute.org