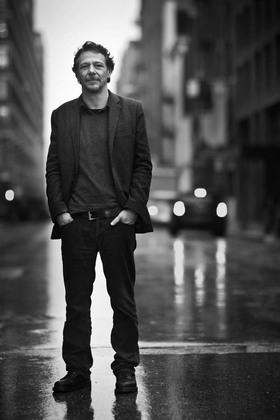 Enrigue, award-winning author of four novels and two books of short stories, will speak about his work and the craft of writing 4:15 p.m. Thursday, November 29, at the Standish Room, Science Library, on the University at Albany's uptown campus.

The talk is free and open to the public.

Salman Rushdie called Sudden Death "The best new novel I've read this year" and the novel was reviewed in the New York Times in March 2016:

"In no particular order, Sudden Death concerns: the tale of four tennis balls made from the hair of a beheaded Anne Boleyn; a fictional tennis match between the Italian painter Caravaggio and the Spanish poet Francisco de Quevedo; Cortés's conquest of Mexico; and the history of various ball games. It also includes a few emails purporting to be an exchange between the author and an editor in Spain, as well as references to Thomas More's 'Utopia,' Galileo and the Aztec emperor Cuauhtémoc. And there's a dialogue featuring Pope Pius IV. What isn't Enrigue's novel about?"

Enrigue, whose work has been translated into multiple languages, including German, English and French. also discussed Sudden Death in an NPR interview in 2016:

"On the similarities between the game of tennis and history's empires There is this brutal side to tennis. It was invented as a game for kings and cardinals and people with a lot of power who didn't have to share the field with other players. But there is, too, this brutality of the loneliness of the tennis player that I was interested in using as a metaphor of the brutalities of the lives of the people who gave us the modern world, no? The people involved in the tennis game in the novel are the people that I think [of] as the founding fathers and mothers of the world we live in."

The event is presented by the NYS Writers Institute in collaboration with the Department of World Languages and Cultures at the College of Saint Rose.