New book "Are You Experienced?" explores the impact of the 1960s drug culture on modern art 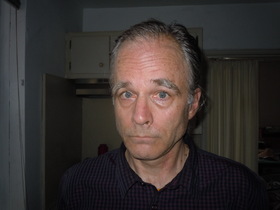 Ken Johnson, notable art critic for the New York Times and UAlbany graduate, is the author of Are You Experienced?: How Psychedelic Consciousness Transformed Modern Art (2011). Lavishly illustrated, eloquently explained, unprecedented in its subject and pioneering in its research, the book explores the ways in which the drug culture of the 1960s brought about a fundamental shift in the meaning and purpose of art.

Jerry Saltz of New York magazine called it, "A lucid magical-mystery tour of the phantasmagorical secret history of modern art," and said, "This book is as visionary as its extraordinary subject." Walter Robinson, editor-in-chief of ArtNet Magazine, called it a "delirious quest through the bloodstream to the neurotransmitters of the human brain, and from there to the edges of the cosmos and the depths of the human soul."

Johnson received a master's degree in studio art with a concentration in painting from UAlbany in 1978. His career as an art critic began with art reviews for the Times Union and other Capital Region publications. He has written art criticism regularly for the New York Times since 1997, where he reviews six to eight current exhibitions each week. A contributing editor for the illustrated monthly, Art in America, Johnson also serves as a faculty member in the writing of art criticism at the School of Visual Arts in Manhattan. Johnson was recently honored by UAlbany at the annual "Reaching Higher, Achieving More" event.

Johnson is the guest curator of the University at Albany Art Museum's fall 2011 exhibition "After School Special: The 2011 Alumni Show" (October 14 – December 10, 2011), a showcase of the individual accomplishments of distinguished artists who have studied at UAlbany. The exhibition occupies the entire museum space and features more than 100 works in a wide variety of media, including painting, sculpture, photography, video, installation, and works on paper. The exhibition is documented by a full-color catalogue with an essay by Johnson.

"The beauty, originality and exuberant energy of the works in 'After School Special' eloquently testify to what an extraordinarily productive incubator of artist talent the University at Albany has been for more than four decades," said Johnson.

For additional information, contact the Writers Institute at 518-442-5620 or online at http://albany.edu/writers-inst.