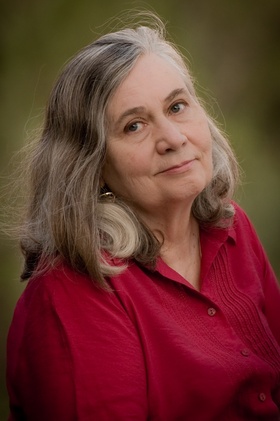 Marilynne Robinson, author of "When I Was a Child I Read Books" (2012) Photo credit: Jamie Clifford/AROHO 2011

ALBANY, NY (03/27/2013)(readMedia)-- Marilynne Robinson, major American novelist and winner of the Pulitzer Prize for the novel, Gilead (2004), will speak Wednesday, April 17, 2013 at 8 p.m. in the Biotech Auditorium, Biotechnology and Interdisciplinary Studies Building, Rensselaer (RPI), Troy. The event is free and open to the public, and is cosponsored by the New York State Writers Institute in conjunction with Rensselaer's 72nd Annual McKinney Writing Contest and Reading, and the Vollmer Fries Lecture.

Marilynne Robinson will be the featured author at the 72nd Annual McKinney Writing Contest and Reading, and the Vollmer Fries Lecture at Rensselaer (RPI).

A celebrated writer of novels set in small-town America, Robinson is renowned for her sensitive exploration of modern Christian religious experience. Robinson is one of only ten distinguished authors worldwide who was recently selected as a finalist for the 2013 Man Booker International Prize, an award that honors an entire body of work by a living author of any nationality. The winner will be announced in May of 2013.

In a lengthy appreciation of Robinson that appeared last year in the New Yorker, Mark O'Connell explains why he, as an atheist, loves Robinson's work: "When I say that I love Marilynne Robinson's work, I'm not talking about half of it; I'm talking about every word of it.... There is nothing fraudulent about her eloquence, nothing remotely shifty or meretricious about the beauty of her sentences. Her voice is at once sad and ecstatic, conversationally fluent and formally precise. And it doesn't feel like a performance or a feint.... It feels like wisdom." The Anglican Archbishop of Canterbury, Rowan Williams, speaking from a Christian perspective, called Robinson, "one of the world's most compelling English-speaking novelists," and said: "[hers] is a voice we urgently need to attend to...."

Robinson is the author of the recent essay collection, When I Was a Child I Read Books (2012), reflections- infused with Robinson's liberal Christian principles- on disquieting political, social and cultural trends. Booklist said, in a starred review, "Intellectually sophisticated, beautifully reasoned with gravitas and grace, Robinson's call to reclaim humaneness beams like the sun breaking through smothering clouds."

Robinson received the Pulitzer Prize and National Book Critics Circle Award for Gilead (2004), the multigenerational story of a family of Congregationalist ministers living in rural Iowa. The L. A. Times reviewer said, "Poignant, absorbing, lyrical... Robinson manages to convey the miracle of existence itself." President Barack Obama lists Gilead as one of his favorite books on his Facebook profile.

Robinson received the Orange Prize for Fiction (UK) for her most recent novel, Home (2008), a companion novel to Gilead set in the same Iowa community. The Guardian (UK), in an unusual honor for a writer, devoted an entry on its editorial page to the novel and its author ("In Praise of... Marilynne Robinson").