The award-winning documentary GREAT GRANDFATHER'S DRUM shown in association with a Nov. 10 performance by the San Jose Taiko drum ensemble 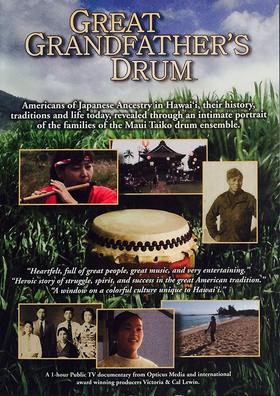 Through dynamic performances on giant drums, Maui Taiko travel on a heartfelt journey back to rural Japan to seek their ancestral roots.

NOTE: The documentary is shown in association with a performance by San Jose Taiko, a California drum ensemble celebrating its 45th anniversary, on Saturday, November 10, at the UAlbany Performing Arts Center, 1400 Washington Ave. on the Uptown Campus.

PICTURE BRIDE (United States, 1994, 94 minutes, color) won the Audience Award at Sundance, and was nominated for the Palme d'Or at Cannes. Set in 1918, the film explores the experiences of a couple- a Japanese city girl and a Japanese-American plantation worker- who meet and marry through long-distance matchmaking, a practice necessitated by U.S. anti-miscegenation laws.

The screenings are presented free and open to the public. The events are cosponsored by the NYS Writers Institute, the State Education Department's Office of Cultural Education, and Friends of the New York State Library.